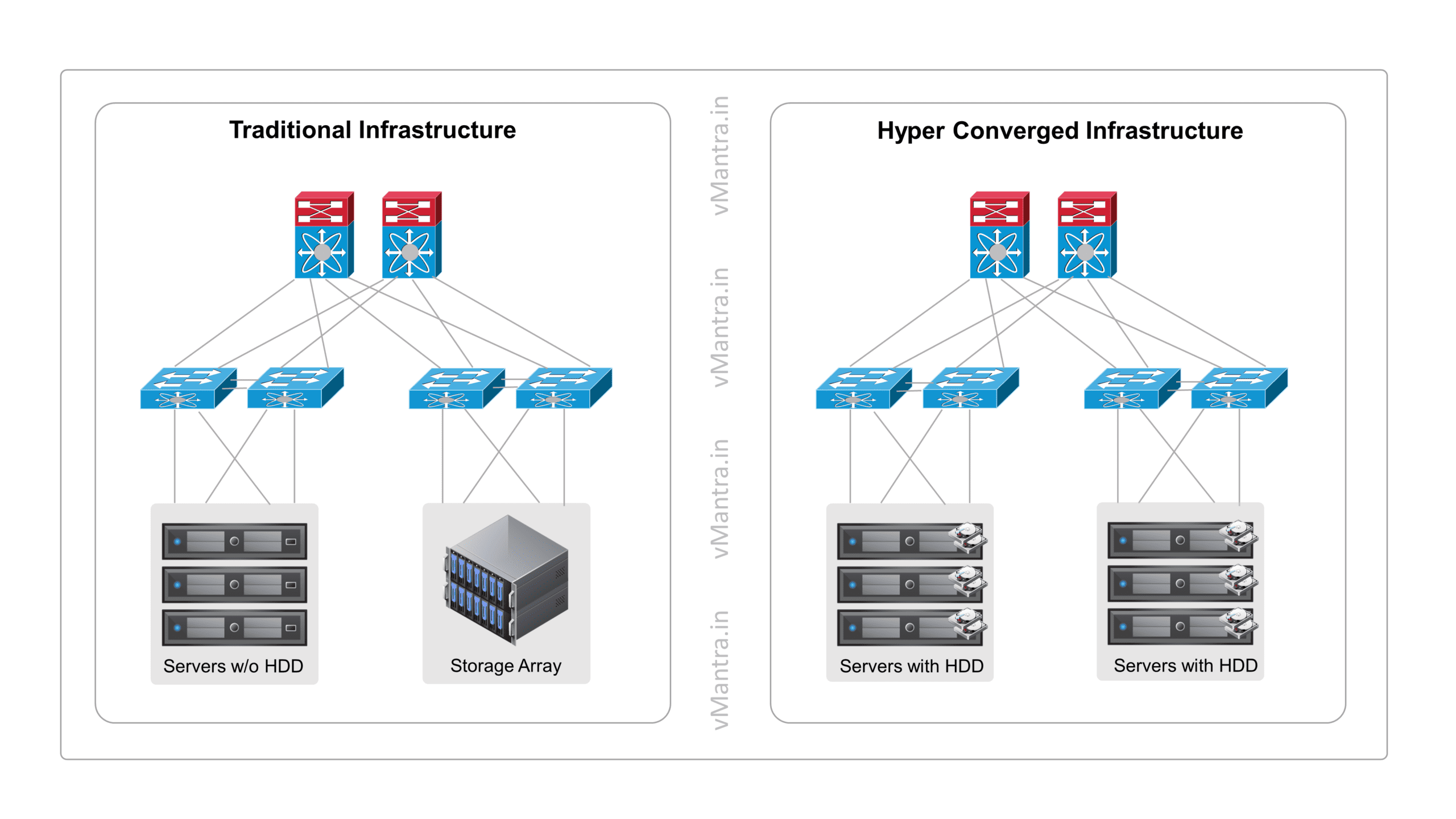 Hyperconverged term is taken from “Converge” which means to combine something. In Hyperconverged Infrastructure (HCI), we take multiple server nodes and using a common software-based storage solution virtually combined the local hard drives installed in different servers as a pool of storage, and as a result, it eliminates the need of a dedicated storage array hardware.

In a simple language, Hyperconverged Infrastructure (HCI) is referred to the IT infrastructure in which x86 processor-based servers, in the cluster, using a special software, cumulatively creates a virtual Storage Area Network that fulfils the storage needs of the applications installed on top of that cluster. For example, if we have 3 servers and each of the servers is equipped with two 1 TB hard drives, so putting all the three servers in a cluster and with the help of that magical software (like VMware VSAN), we can create a virtual storage array with total capacity of 6 TB by taking 2 TB from each server. (Note: to simplify I am not considering the data replication or RAID).

Also in future, if we need to increase the storage from 6 TB to 8 TB, we just need to add one more server with the same configuration and so on. In HCI world this one server is called as a “node”. By adding a node we generally add Compute, Network and Storage resources to the existing infrastructure at once. This easy scalability feature makes it more attractive to the industry. 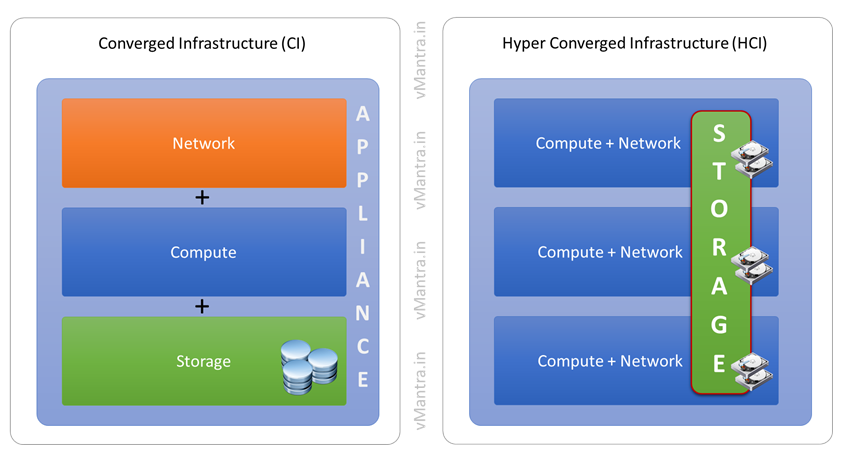 Some benefits of Hyperconverged Infrastructure are given below:

Low Total Cost of Ownership (TCO): By using the HCI organizations reduce the cost of expensive Storage Array hardware, as HCI leverages the standard x86 IT hardware which is easily available at competitive price and very few maintenance expenses. Also, it can be started with a very less number of servers and can be scaled on demand.

Scalability:  To scale a Hyperconverged Infrastructure a node (server HW) can be added to (or removed from) the existing infrastructure on demand, very easily and quickly, That’s it. Also adding a node will add all the resources (CPU, Memory, Network and Storage) at once.

Agility: Applications and workloads can be easily and quickly migrated or replaced as all the infrastructure run under one software control.

High Availability: Hyperconverged Infrastructure is controlled by software in the virtual machine running in the same cluster, if one server hosting a VM goes down, the features like VMware HA restarts that VM on another server and assure the availability of those VMs.

Data Protection: In HCI, data is replicated (mirrored and striped) across different hard drives of different servers in the cluster. Replication level can be set to 2, 3 or more times as per customer requirement. In the case of disk or server failure, data is protected in other location and can be easily recovered after adding the replacement. Also, the data of the entire cluster can be replicated to another Disaster Recovery site. VMware vSAN uses the vSphere Replication (VR) to replicate the VM data sitting on a vSAN Datastore over the DR site.

Data Efficiency: Because of its architecture, HCI reduces few networking and storage overheads and provides slightly higher capacity and better IOPS. VMs can also be deployed using Thin Provisioning so that they consume only the actual needed capacity of storage.

Operational Simplicity: The management of HCI is too easy as it allows to manage all the operations activities using the same user interface which is used to manage other virtualization operations.

The top vendors for the Hyperconverged Infrastructure in the market are:

Although Hyperconverged Infrastructure is a hot topic in the industries today but traditional and Converged Infrastructure (CI) are still covering a big part. Many organizations still consider Traditional Infrastructure for their Data Center. However, there are many new technologies and solutions are in line like HPE has already introduced its software-defined Composable Infrastructure under HPE Synergy product line. We can discuss more on this in the comment area. To know more please stay in touch. 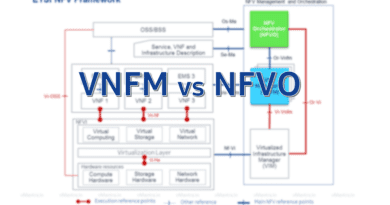 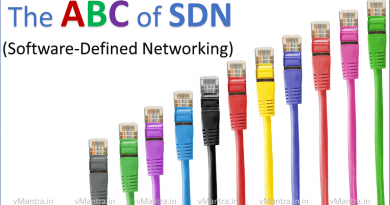 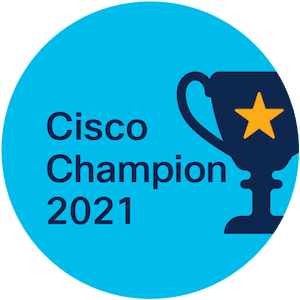 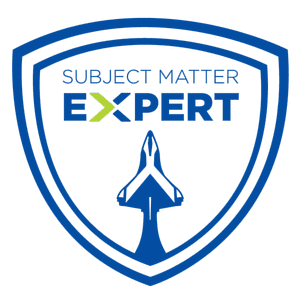 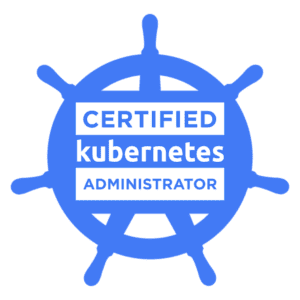 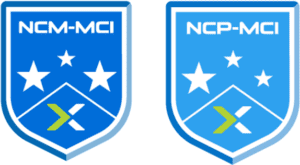